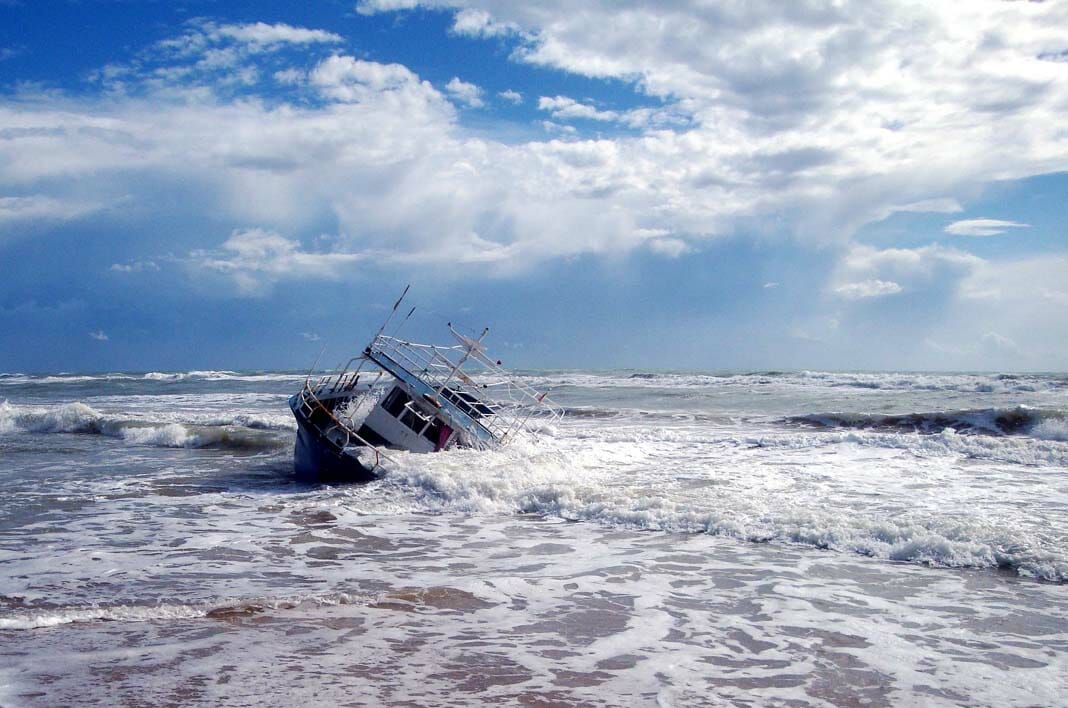 The best investment you can make to create a sustainable future?

We all have pivotal moments in our lives, where a new direction or realisation is offered to us. The last few days has been such a moment for me.

I attended Gawad Kalinga’s (otherwise known as GK) Social Business Summit, held annually at their Enchanted Farm. Gawad Kalinga Community Development Foundation, Inc. (GK) is a Philippine-based movement that aims to end poverty for 5 million families, by first restoring the dignity of the poor. The Enchanted Farm is a relatively new platform established by GK to raise social entrepreneurs, help the local farmers and create wealth in the countryside.

What Tito Tony (Tony Meloto) and his team have done there is simply stunning. No, it’s not an amusement park, it’s a damn sight better. Out of a waste piece of land, his team have been able to create a beautiful oasis where financially ‘poor’ villagers can thrive, working with some of the most enterprising and good hearted entrepreneurs I could ever have come to meet.

The Enchanted Farm is some 50km on the outskirts of Manila and comprises of some 30 acres, surrounding what was a relatively poor village. It is now home to a convention center, a place of worship, a spa, basic and up market lodging facilities, a large catering facility, a first of its kind Farm Village University (FVO) and various enterprises run by the entrepreneurs.

The villagers now live in purpose build homes and form a strong community. Usually/often the entrepreneurs will live in the village homes when they are starting out.

These entrepreneurs and the numerous interns that join them from various universities around the world are all there to build their businesses, whilst at the same time help the community. It’s not about giving money to the poor, which I and many others believe simply perpetuates the cycle, but rather about bringing them out of poverty through hard work (sweat equity), a viable vocation and a change of mindset that gives them pride, purpose, empowerment and ownership.

Having now seen it first hand, I truly believe it’s a model that can be leveraged in many parts of the world. In very simple terms, the entrepreneurs establish small grassroots businesses that will employ the local villages. Employees from the community will often become stakeholders and salaries are higher than national minimums, to engender the sense of ownership. Neither party is patronising – it’s about working together for a common goal.

Entrepreneurs are expected to become profitable and, as they do, so will a) employ more people, b) utilise more of the abundant land found in the Philippines and c) start paying a return to GK which is in turn used for further developing the farm. In essence it’s the socialisation of profits. GK thus wants the entrepreneurs to be profitable and sets specific goal posts to reach. In turn, it offers land, connections/influence and a wide global network.

I met a number of the entrepreneurs, which are some of the smartest, compassionate and bravest guys I have met in a long long time.

All these entrepreneurs operate within 300m radius of each other and most of the ingredients are sourced from the farm or nearby, minimising the imported content. They all support each other and the village and, while they endure some hardships – usually starting off sleeping in the villages with a mosquito net as their best friend and cold water showers to name a few, they are incredibly committed and having a lot of fun doing it.

I was fortunate enough to also meet some other amazing people. Prof Jack Sim really gives a shit about shit and single handedly has engendered awareness of the need for more public facilities to avoid those in poverty from taking a ‘dump’ on sidewalks, rail tracks etc which can lead to flies spreading diseases. See worldtoilet.org. It may not be an issue in your neighbourhood but travel through India and you will see the problem first hand. He was TIME magazine’s Hero of Environment in 2008 and his next mission is to bring all the various socially minded groups together on his ‘BoP Hub’, where leaders can join forces and share ideas to design businesses to end poverty. BoP stands for Base of Pyramid which is reflective of the 4 billion people globally who earn less than 8 USD a day.

This all makes good business sense – even if you’re a pure capitalist by nature. Get the poorest 4 billion out of poverty and they will start to spend and buy your product. It’s pretty basic stuff but with 1% of the world’s population controlling 50+% of its wealth, the rich don’t seem to get it. One clearly has to be careful though, as large corporate groups can play the ‘good samaritan’ and leverage their access to communities to introduce damaging products, such as for profit micro-financing based on unaffordable rates of interest, soft drinks and others. The world’s largest soft drink manufacturer is developing various tools and ‘micro stores’ to help communities, which is commendable. Unfortunately though, they also sell a lot of obesity from such outlets. The sugar content of a standard soft drink is over 10% – multiple times what is good for our bodies. These companies will have to adapt/change, otherwise they risk being shunned in the future.

Needless to say, I found all the discussions I had on the farm super interesting and ‘fresh’. These are entrepreneurs I would love for my family and I to hang out with – to hear their, usually very humorous, stories of how they started off at the farm and how they overcame the various obstacles along the way.

The other unique feature of the farm is that all c500+ delegates where fed from local farm produce, something I can testify to. When I arrived on the farm, I visited the pig pens which were full. On departing, I took another trip to find the last one being roasted on a spit for lunch. I would love to be a full vegetarian but to be honest the pork was better than anything I have tasted for a long while.

The ‘farm to fork’ process is better for all. The animals live far better lives with space and natural foods, have no suffering in transportation and are free from many of the diseases that impact ‘factory farmed’ animals. For the consumer the meat is as fresh as one can get and has less antibiotics and other crap that gets pumped into factory raised animals.

Another unique feature of the farm is how peaceful the place was. Even with 500+ delegates and the village folk, one was able to wander around with the feeling of being in the countryside. Not only that, but the country side of a very welcoming people. Being on your own at midnight on a farm in the middle of nowhere and to feel totally at ease is increasingly a unique experience and there are unfortunately fewer and fewer parts of the developing world where one can do this.

Lastly, are the scholars. Some c.100+ scholars are supported and taught at the Enchanted farm. The programme is known as SEED – School for Experiential and Entrepreneurial Development – where the scholars are taught by professionals, volunteers and the entrepreneurs. What I found interesting when talking to the latter was that these lessons indeed went both ways, with the students often knowing a solution to what they saw as a common problem which had the entrepreneur stuck. If those aren’t synergies, I don’t know what is.

So all in all, an amazingly insightful trip. Terrific entrepreneurs, a passionate and talented workforce that now has immense pride in what they are doing. A model that can be ideally replicated in many parts of the world.

There is no sense of ‘free handouts’ – under Tito Tony’s and his team’s leadership, hard work is absolutely core. It’s about commitment and I have seldom if ever come across a man so committed to what he is doing. He was able to greet everyone by name and always found the time to talk with you as he supervised all the proceedings on the farm.

He must be one of the most courageous, inspiring, hard working and humble individuals I have met. He doesn’t need to do what he does but he spends a huge amount of his time on the farm driving the teams to reach perfection – one of the principals in life he is an advocate of. There are no half measure. He’s also brutally frank and honest and could offend those with small minds – but this is often necessary to drive greater awareness and the people he engages with. He is now supported by a whole management team, but it’s his presence that you sense on the farm.

To get more involved and spread the word. I would like for nothing more than my family to spend time on the farm, for my wife to meet with the farmers and talk ‘organic’ and for my kids to meet the interns and entrepreneurs from whom they can learn a lot and hopefully do a bit of karaoke in the evenings. My kids attend a school which is also developing its own social enterprise platform and this is where I hope I can act as a bridge between the various interest groups. Hopefully, they will all find their way onto Prof Jacks BoP hub.

With 1% of the population controlling over 50% of the worlds assets, the current system is not sustainable. Poverty and the massive skew in wealth eventually leads to conflict – an issue we are now witness to in the Middle East.

So what’s my recommendation? Get out there and check it out. Chat with Tito Tony and get to understand his vision and then if you like what you see, spread the word. I for one want my kids to grow up in a safer, healthier and less corrupt world and organisations like GK can set the mission and create the template. Then it’s up to the rest of us to implement. We need to create a sustainable model that works for all, not just a few of us. By doing so, all of us can be better off.

Leaders from all over should also take a visit, in particular those from Zimbabwe and South Africa, to learn what effective land usage can mean. It’s not about taking, it’s about making – taking unproductive land and making it self sustaining, wealth creating and beneficial for all.

Lastly, if you got this far, congrats – buy yourself some Human Nature. No, I don’t work for them and they didn’t ask me for the shout out, but aren’t you sick and tired of forking out cash for stuff that’s filled with chemicals and made by pure for profit organisations, where any downturn is used as an excuse to fire people and profit is reserved for a select few. Also, their products are damn good.

So if this makes any sense to you pls SHARE. Any change starts and ends with you.