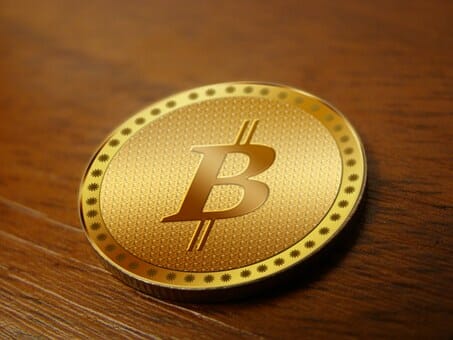 Bitcoin: would we invest?

Bitcoin is catching a lot of media attention, what with it recently reaching record highs of around USD2,900. There are both bulls and bears and its notable that even well-known entrepreneurs, like Mark Cuban, are commenting on it. He claims it to be a bubble.

So, what exactly is Bitcoin and does it represent a good investment?

Bitcoin is, as defined by the whitepaper written by ‘Satoshi Nakamoto’ and available on www.bitcoin.org, is a ‘purely peer to peer version of electronic cash’ that ‘allows online payments to be sent directly from one party to another without going through a financial institution’.

That’s a pretty simple and clear definition, but where it gets tricky is when one looks under the hood as to how it works.

In the whitepaper, it describes the use of ‘peer to peer distributed timestamp server to generate computational proof of the chronological order of transactions’. This is, in effect, the ‘blockchain’, or a digital ledger in which transactions made in bitcoin and other cryptocurrencies are recorded, chronologically and publicly.

In effect, it is a distributed database that is used to maintain a continuously growing list of records, or blocks. Each block contains a time stamp and a link to the previous block, to prevent fraud and duplication of the blocks.

In terms of how this is used in real life, we can use the following example – a user of Bitcoin (somebody who has an account) requests a transaction to make payment for goods using the cryptocurrency. This request or ‘block’ is then broadcast to the open network of nodes, that then validates the transaction and the status of the user’s account and bitcoin ‘holdings’. On verification, the transaction is combined with other transactions to create a new block, which is added to the existing blockchain.

The process requires all the nodes in the network to check the block’s validity and as it has a time stamp and a history of all the prior blocks in the chain, the integrity of the blockchain is ensured.

The blockchain principle can used be used for all sorts of transactions and cryptocurrencies.

Two questions remain – how are bitcoins mined and what determines their price?

Core to the implied ‘value’ of bitcoin and other cryptocurrencies, and for any currency for that matter, is that they are created in limited quantities.  They are ‘created’, in a process known as mining, which is the result of a computer(s) calculating the solution to an increasingly difficult algorithm. Each new algorithm builds on the past algorithms, taking up enormous amounts of computing power.

In the case of Bitcoin there is a limit of 21 million bitcoins, as the number of coins that can be mined is set to decrease geometrically, with a 50% reduction every 210,000 blocks (see bitcoin wiki). Based on current speeds of processing, the last bitcoins are likely to be mined around 2140, though new technologies may bring this forward.

With a limited number of bitcoins in supply, their price in the open market will vary on the back of demand. An increase in demand or speculation will increase its scarcity value, in turn increasing its price. No different from gold in many ways.

So why has Bitcoin’s price risen so much in the last year? One of the benefits of cryptocurrency is anonymity and that transactions don’t need to go through traditional financial institutions. This makes it a way to potentially avoid currency controls and/or transact around traditional points of control. Unlike gold, one can transact in large amounts almost instantaneously without having to consider the custody of the underlying real asset. There is also an increasing amount of speculation by investors and it shouldn’t be a surprise that the bulk of Bitcoin transactions are in China.

As a result of this, the price of bitcoins has risen exponentially.

Of note is that there are now over 50 cryptocurrencies and some have outperformed even Bitcoin!

So, would we invest in Bitcoin?

While the cryptocurrency could be used as a store of value to hedge against longer term inflation and the debasement of fiat currency, it is in my view a poor alternative to physical gold or other easy to store hard assets.

There is a simple reason for this. While there are limited bitcoins, there is an unlimited number of potential cryptocurrencies.

Hence, as new cryptocurrencies are developed their pricing will be reflective of other cryptocurrencies, based on scarcity value and various other factors. This could cause bitcoin’s value to adjust accordingly.

Another potential issue is the release of Bitcoin synthetics. As in the case of fiat money, there are a lot more dollars in the money supply than there are in physical existence, due to fractional reserve banking.

As the usage of cryptocurrencies gets more widespread, financial intermediaries will no doubt develop the same model, so that there appear to be more ’coins’ in existence than mined. Very quickly the issues of fiat currency could potentially be mutated across to the cryptocurrencies.

So, in summary, we would not invest in Bitcoin or other cryptocurrencies. We may use them for various transactions, but would not hold them in speculation that they will rise.

This is a very effective technology and one that will gain prominence.

It allows for greater security and ease of financial and other transactions and will be used widely within the Fintech community.

I do believe banking and investing is going to be revolutionised over the next decade. Mobile phones will become the means of transacting and costs of transacting will decline significantly. It’s just a question of time.

Like the advent of autonomous vehicles in the auto sector, there is a revolution waiting to happen in the space of financial markets, increasing efficiency/ease and reducing transactional friction. We would look to invest here, as and when opportunities emerge.