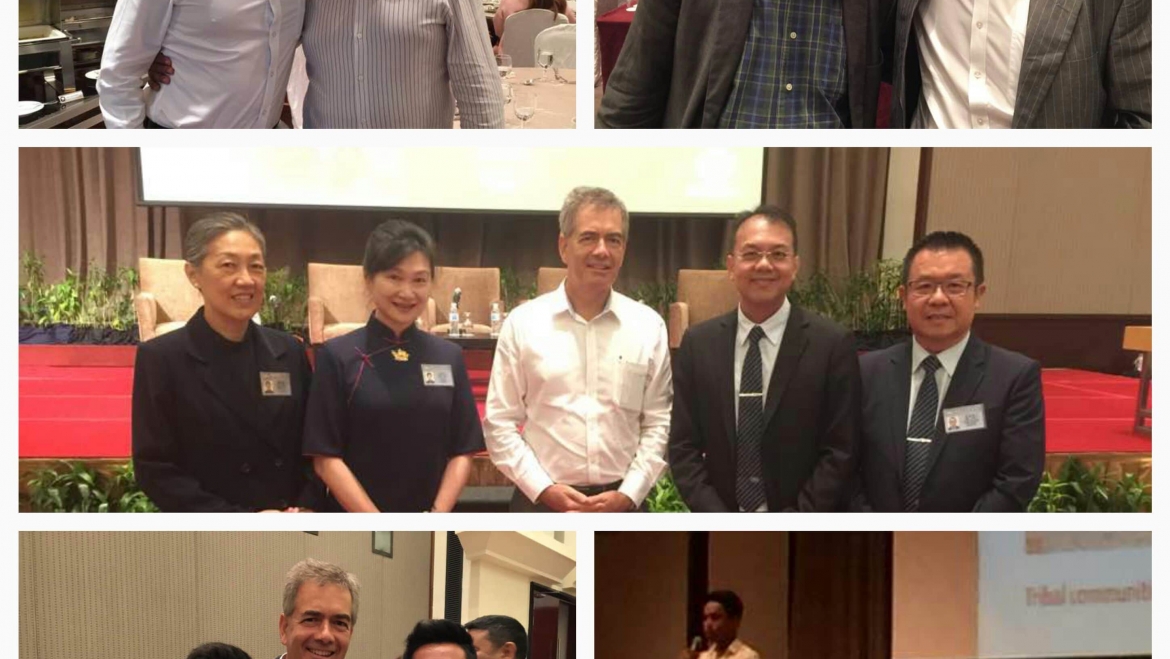 This week I spent a day at the ‘ASEAN Solidarity to End Poverty by Creating Shared Prosperity’ summit, organised by Gawad Kalinga (GK), and kindly hosted by Tan Sri Vincent Tan’s Berjaya group in Kuala Lumpur. It was the inaugural event organised by GK in Malaysia and likely the first of many to come.

It’s hard not to be very humbled being in a room with so many that are doing so much good for the world around them. Other than GK, there were a number of NGOs presenting.

It was the first time I had heard of the Tzu Chi Foundation and Tan Soon Hock gave an excellent presentation on the vast extent of activities globally. It is very impressive with some 10 million members across 47 countries. The Foundation is headed by Master Cheng Yen who established it in 1966 in Taiwan and it is run according to strict Buddhist principles.

Having studied a little Buddhism with Lama Marut, an excellent teacher in the Mahayana Buddhist tradition, it was easy to discern the teachings of the eight noble paths coming through in the presentation by Tan. Having the right focus, mindfulness, world view, thought, livelihood, effort, speech and action.

What’s remarkable is that Master Cheng has never left Taiwan and these principles are solid enough to travel to all those countries where they are present. Master Cheng must be a persuasive character, or ‘Goddess’ as Tan Sri Vincent Tan described her, converting him to vegetarianism after a few days of retreat in Taiwan. He in turn is now encouraging others to do the same and has directed his business interests to offer greater choice for vegetarians. Tan Sri has also been active in the Philippines and there are now 16 GK Berjaya villages. It’s this sort of delivery and implementation that can really change the world.

Another NGO doing some good work is the Dignity for Children Foundation. I had the pleasure of sitting next to Rev. Elisha Satvinder, the chairman and founder of the NGO. They established the first Montessori school for the poor and run a number of camps and schools for children and teacher training. The foundation focuses on education to break the cycle of poverty. It is very seldom that you meet somebody of such intense energy and passion as the Rev.

So what has MarcWhittaker, a wealth advisory/manager based in Singapore, got to do with all of this?

As an investment manager, my primary purpose is to provide allocation and investment advice/management to accredited clients. A key part of that role should, in my view, include being able to offer effective advice on their philanthropic efforts.

Just as we want ensure that the client gets the best return on any market risk taken, any philanthropic allocation should generate the greatest return for good. My purpose is thus twofold: to select the foundations/NGOs that can drive change at the global level, and, secondly, those where the impact of each dollar allocated is greatest.

Like the summit, my hope is that  we can play our part by acting as a bridge between the rich and the poor. Having billionaires sitting alongside foundations and the poor they are trying to help is a powerful combination and the more the walls between those with and without are broken down, the quicker the cycle of poverty will end.

Breaking the poverty cycle can only be beneficial for all, whether it is the ‘feel good’ factor, increasing land values, economic stability and security. Similarly, there is a now a vast network of social enterprises and effective foundations, such as GK and the enchanted farm, and if each reached out to the network and assisted each other where they could, the impact would be that much greater.

I leave you with a few quotes from the Summit:

“Do good to do well’ – Puan Sri Maimon Arif Patail

“Unlock their potential through the mind” Harsha of ET Ideas http://et-ideas.com

“It takes a lot of courage to care” – Luis Oquinena, GK

“Poverty is not due to a scarcity of resources but a painful lack of caring and sharing in our society” – Luis Oquinena, GK