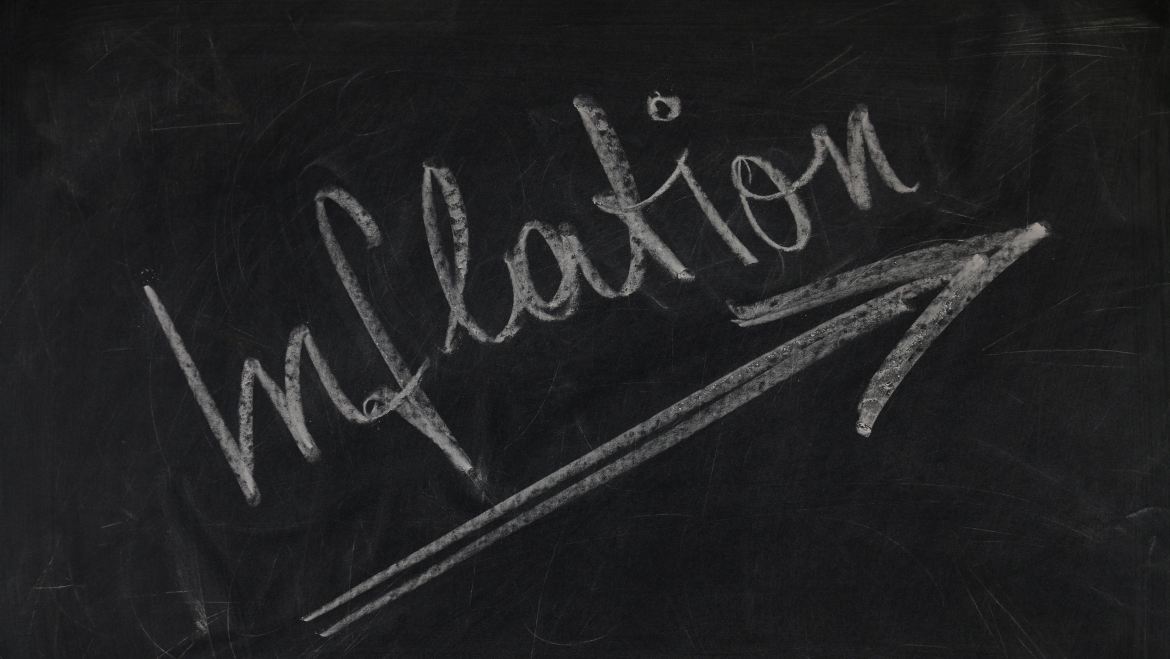 The news of the week in hedge fund world, was that Hugh Hendry is closing his Eclectica fund.

For those that don’t know of Hugh, he is one of the deepest thinkers in the financial markets. He always has an interesting slant on the market and how to allocate. He started running his fund in 2002 and was up over 30% in 2008 – not bad considering the market was down about 50%. More recently though, he has been struggling, like many managers, to make sense of the markets and generate returns. He famously changed his view of the market in 2013, throwing in the towel on his bearish views and taking a more optimistic mantra.

In his last client letter, Hugh details his expectation that markets will continue moving higher and highlights how difficult it has been over the last few years to be an effective macro manager.

Importantly, he also notes how money managers have shifted their views on inflation, increasingly now buying into the notion that inflation will not rise anytime soon and is structurally low.

As we know, the initial impact of QE was to the benefit of financial assets, ‘Wall Street’, initially failing to reach ‘Main street’. This dynamic has, however, slowly been shifting, with unemployment continuing to fall and wage inflation starting to pick up.

As Hugh notes, while it has been picking up gradually over the last few years, wage inflation may spike higher as the employment market becomes increasingly tight. He uses the late 60s as a good example of how inflation can remain benign until unemployment falls below 4% and starts to drive inflation higher.

The reason for inflation suddenly ramping higher is also in part due to the higher wages feeding into the velocity of money, pushing the money multiplier higher (money multiplier being the amount of money generated by banks for each dollar of reserves). This is key as QE initially had little impact on the money multiplier, which has been trending lower for some time, but has more recently started to reverse as main street feels the eventual ‘benefits’ of QE.

The rise in inflation is likely to surprise the market and the Fed. It won’t surprise us. Our view is that ‘Longer term we expect much higher levels of inflation” (MWCM’s 2017 market Outlook report).

To Hugh’s point, the market has increasingly bought into the notion that inflation will not rise anytime soon and is structurally low. Asset prices reflect this with US equities and global bond markets being close to record highs. Hence, it’s critical to pay attention to inflation as, if it spikes higher, the gross mis-pricing of assets will be clearly visible and catch everyone ‘unawares’. One can just imagine the market’s egregious shock and horror of an inflationary shock. In reality, this will be the inevitable and heinous result of all the QE policies.

And what about the Fed’s ability to control the inflation monster?

Coming back to the example of the period 1965 -1980, an extract of an article by Meltzer from the Federal Reserve Bank of St. Louis Review called “Origins of the Great Inflation“, is a great reflection of how history rhymes:

The Great Inflation from 1965 to 1984 is the climactic monetary event of the last part of the 20th century. This paper analyzes why it started and why it continued for many years. Like others, it attributes the start of inflation to analytic errors, particularly the widespread acceptance of the simple Keynesian model with its implication that monetary and fiscal policy should be coordinated. In practice, that meant that the Federal Reserve financed a large part of the fiscal deficit. This paper gives a large role to political decision-making. Continuation of inflation depended on political choices, analytic errors, and the entrenched belief that inflation would continue.

That sounds like it could be describing the current status quo of major central banks being the largest buyers of their government paper.

The path to higher inflation though is uncertain. There may be disruptions along the way, such as a slower China potentially exporting deflationary pressures through a lower yuan. Though very unlikely, the Fed may tighten more aggressively, bringing the party to a sudden halt, causing a recession. Similarly, there may be another taper tantrum with the yield curve shifting higher on expectations. Hence, it’s going to be tough to allocate effectively to capture the inflation trade over the short to medium term. Being right is one thing, but getting the timing right is another altogether!

So how are we preparing for the eventuality of higher inflation?

We remain Overweight Gold. YTD it’s been a strong performer and we would look for any significant sell off to add more.

We are reducing duration bets – earlier this year we loaded up on the US 20+ sovereign debt, making it our largest single allocation, taking the view it was oversold. We have since traded this down and will eventually take to zero. Long rates may decline further if there is a shock to the system, but it is likely to be very short-lived as central banks will recharge their QE efforts.

We are allocating to managers that have demonstrated their ability to make uncorrelated returns in the Fixed Income, rates, FX space. We favour those managers that have been around for a while and have shown the ability to capture shifts in the yield curve, generating positive returns, while bond markets sink.

We are allocating to short duration fixed income managers. There is still some reasonable yield out there, but best to play through nimble and diversified managers.

In equities, we favour Europe and Japan. In the case of the S&P, valuations are simply too rich and the market looks overbought.

We note that whilst the Dow was flat from 1965 to 1982, it was down around 75% in real terms. Equities can do fine with mild inflation, but a higher ‘risk free rate’ pushes any discounted cash flow valuation lower and increases the cost of debt.

If we are right on inflation, being in short duration fixed income and holding gold will likely produce reasonable returns. If wrong, we still collect some yield and our managers are likely to generate reasonable returns, in line with their benchmarks.

Being long simple Beta (i.e., equities indexes) at this stage in the cycle, which many participants still are, just seems a folly at current market levels. With so many professional money managers (including, Ray Dalio and Julian Robertson) highlighting the risks in the market, nobody should be surprised when the music eventually stops.  Hugh may have closed shop, but I expect he will have the last say ‘I warned you so’, sometime in the not too distance future.

This post is intended only for accredited or institutional readers, as defined by .The information presented herein is considered reliable at the present time, however, we do not represent that it is accurate or complete, or that it should be relied upon as such. Performance data is based on bank reports and is dependent on fund filings and bank reporting. As such they should be seen as estimates and regarded for information purposes only and should not be relied upon. Speculation or stated beliefs about future events, such as market and economic conditions, company or security performance or other projections represent the beliefs of the authors and do not necessarily represent the views of MW Capital Management PteLtd. Nothing in this document should be perceived in any way as a recommendation or offer to buy or sell any security or fund. Any individual securities or funds mentioned are simply an example of areas we are currently invested in and will not be suitable for all investors. Any views and current investments may and will change over time and should not be relied on in any way.This document is not an offer to sell nor is it the solicitation of an offer to purchase any services offered, or any fund managed or recommended, by MW Capital Management PteLtd. In no way should this post be considered as being approved by any regulator or regulating authority. Investment in hedge Funds can involve total loss of principle and are meant for sophisticated investors who understand and can afford the total loss of their investment. Many hedge Funds use leverage which can exacerbate losses. Past performance is not indicative of future returns. It is intended only for accredited investors, domiciled in countries in which collective investment schemes are permitted for public distribution, offering and sale under the applicable local legislation. General business, market, economic and political conditions could cause actual results to differ materially from what the authors presently anticipate. This material is intended to be of general interest only and should not be construed as individual investment advice or a recommendation or solicitation to buy, sell or hold any security or to adopt any investment strategy. The views expressed may change without notice. All investments involve risk, including the potential loss of principal.