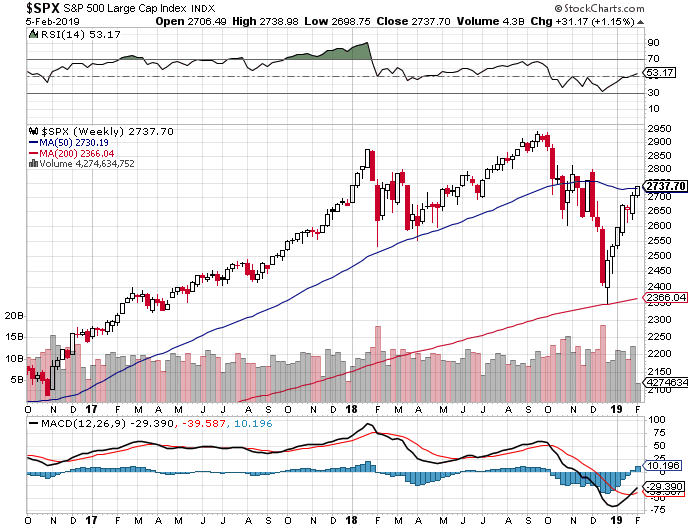 In our last ‘Insights’ we wrote the following:

While expecting equities to be lower over the next year or two, we do expect a continued rally from current levels.

On the S&P, we expect the 50wma or 200dma to be tested for resistance. So, we expect another 5% move higher from current levels. Similarly, we would expect the MSCI World to test its 50wma. This is on the basis that the market is still very modestly oversold.”

The market has indeed moved strongly higher the last few weeks and the S&P500 now at its 50wma and 200dma – see the charts below.

Similarly,  the MSCI World (as reflected by the tracker fund URTH) is also close to its 200dma.

As we commented in our Insights a week or two back, this could be an appropriate time for those short-term traders who added at the market low in December, to cut back.

While trading using technicals is an art not a science, the market has had a very strong bounce already since the late December lows and the 200dma may give resistance.