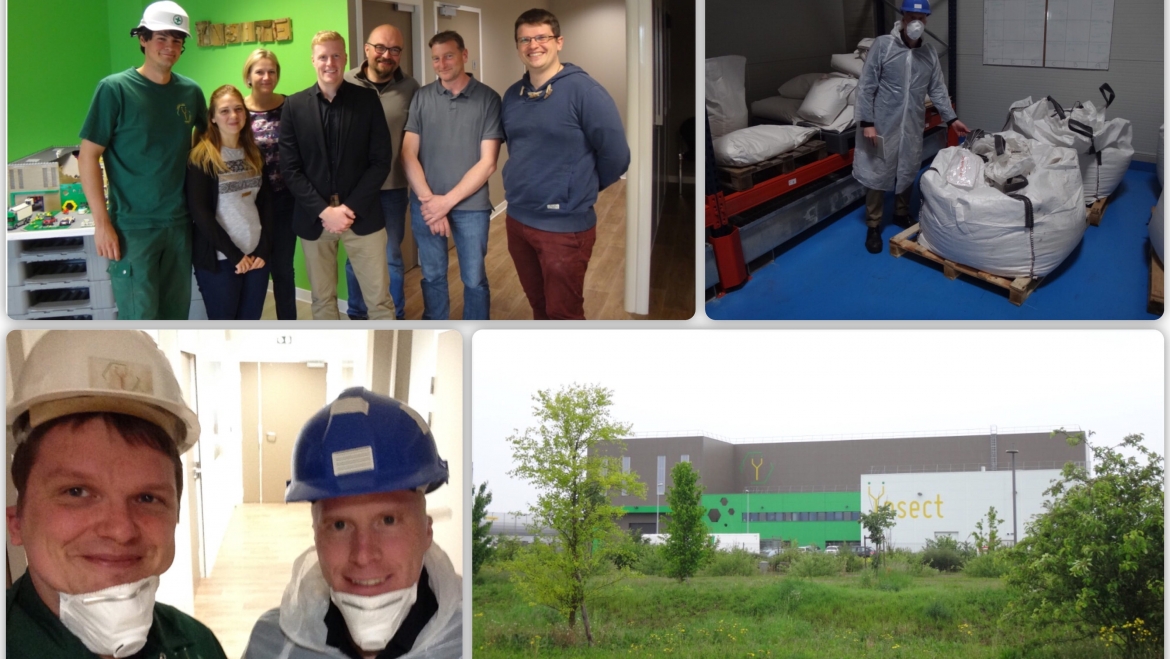 A Visit to Ynsect in France

At MarcWhittaker we strive to find new investment opportunities that are off the beaten track and are aligned with our principles of uncorrelated returns. In this vein, we have been running due diligence for the past few weeks on a new Venture Capital (VC) fund that is looking to raise capital. The VC has an interesting focus, namely on the food and food waste segment, and focusses on those areas which are seemingly overlooked by most players in the market. As such, the VC is able to source them at reasonable valuations and should be able to generate a reasonable 15% sort of return (annual) over its life.

One company that will be included in the VC’s portfolio, is Ynsect.

Ynsect, a relative newcomer to the food industry, is working on a solution to feed an ever-expanding world population. As the name suggests it plans to do so by breeding insects and harvesting their proteins as a food source. Initially, that protein will be used in fish feed, as a substitute for smaller fish which are currently used to feed fish in fish farms. Eventually, however, it is envisaged that the protein, in the form of a powder, will be considered fit for human consumption.

All that is needed as a resource to feed those insects is organic material which can be food that is unsuitable for human consumption, such as rice husks, but is well-suited for an insect diet.

When we learned about this concept we were intrigued and decided to find out more and investigate if this could be an investment opportunity.

With this in mind, I made my way over to Dole, a city of around 25,000 people in the Jura region of France. Here lies the Ynsect Demo Plant called Ynsite, in an area of the city that is so new that my GPS couldn’t find it.

I met with Jean-Gabriel Levon one of the founders of the company. He holds an engineering degree in Biology and applied Physics and is the Director of the Demo Plant. Jean-Gabriel booked some time for me to answer questions and give me a tour of the plant.

Ynsect’s products are currently used as ingredients for pet food, and from July onwards a new law in the EU will permit the usage as food for fish farms as well. The pet food market has a total size of around 65B, Euro and the fish food market stands at 90B Euro.

Jean-Gabriel explains that their primary product, a protein powder, comes from growing mealworms (Tenebrio Molitor). Since the larvae are not able to crawl up walls and the adult beetle cannot fly, this makes them the most easy to handle for rearing.

The rearing section is impressive. Row after row of neatly stacked trays filled with larvae line one side of the plant. A closer inspection of some of the trays shows that some contain mainly larvae while others contain adult beetles and larvae food as well. The advantage of rearing an insect that cannot crawl up walls or fly is now apparently clear. Larvae and adult beetles alike sit nicely in their open trays without the need to contain them.  This is in stark contrast to grasshopper production, something becoming popular in the US, another alternative protein source.

The production process is rather simple. To start the production of the plant, larvae need to be brought in externally to get things going. They are placed in stackable trays and stored. Every now and then the trays are taken out of storage and food is sprayed on them for the larvae to feed and grow.

Once the larvae have grown to the right size the trays enter an automated process where the larvae go into food production while the excrements is separately stored. The ready to harvest larvae are processed into protein powder and oil by a fully automated elaborate process.

I raise the question why this fully functional plant is considered a Demo Plant. Jean-Gabriel explains that the main purpose of this plant was to trial the production process in real life and test its feasibility for a bigger scale. Since the whole process is now fully automated and works successfully, Ynsect is convinced that a plant on a much bigger scale is possible.

Although planning and financing is not finalized yet the new plant might have a capacity of up to 25,000 tonnes of protein per year, which dwarves the Demo Plant with its maximum capacity of around 500 tonnes.

After a three hour visit to the plant I got the impression that I might have seen a glimpse of the future.

Turning organic material that cannot be ingested by humans into high quality protein powder might one day be a solution to feed mankind. Although right now it is not used for human consumption, it already replaces meat in pet food products and fish used in fish food, thus feeding insects to animals instead of their own kind.

What left a deep impression was the passion that Jean-Gabriel and his team put into this project. This is clearly not just a business to them, there is a strong vision to contribute to society and better the world for the future.